Find out the exact price

Fill the form and we will contact you within 15 minutes

Radar (SAR) imagery -  aerial and satellite surveying is one of the methods of remote sensing of the earth's surface, which makes it possible to obtain images of the terrain in the microwave range of the electromagnetic spectrum. Radar imaging provides images of the Earth's surface and objects located, regardless of weather conditions, in the daytime and at night, by emitting and receiving signals reflected from the earth's surface. Images or extracting information is the phase difference of the sent and reflected signal.

Radar imaging is a special kind of satellite or aerial images where microwave range is used to obtain information with wavelengths from 1 cm to 1 m.

Today Radar images, as rule as, it is SAR - synthetic aperture radar.

High-resolution images of the Earth's surface use LIDAR sensors.

The main advantages of radar satellite images are that you can get radar images regardless of the weather and time of day: microwave radiation freely passes through the clouds and does not require daylight, as images in the visible and IR ranges.

What do you need

Radar imaging is indispensable compared to other means of observation in difficult weather conditions. The ability to take pictures at any time of the day and in any weather, high accuracy in measuring the coordinates and geometric characteristics of objects. The ability to observe and detect objects invisible in optical or infrared ranges of the electromagnetic spectrum hidden by snow or vegetation cover, as well as those located under the surface of the Earth.

Initially, the tasks of radar survey were limited to studies of the ocean surface. Now the range of tasks of radar shooting has expanded, and radar shooting allows you to obtain data on millimeter displacements of objects on the earth's surface, track oil pollution and the ship's situation in the waters, as well as create digital terrain models (the well-known SRTM CMC is created on the basis of radar data processing).

It is worth noting that the processing of the radar is quite a difficult task, because the radar image has an unusual image for the human eye in its raw form. Specialized software products are used for radar processing, and specialists should have the necessary experience in creating secondary products of radar space surveys. However, despite this, the advantages of radar make the use of radar shooting very popular.

Three degrees of radar data processing can be distinguished: 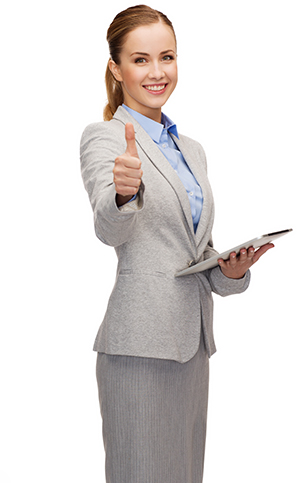 You can order from us

The Goal of satellite Radar imaging is to quickly obtain up-to-date information about the terrain and the water surface, which is necessary to solve numerous problems in various fields of activity, for example:

Radar imaging receive data on millimeter displacements of objection the earth's surface, track oil pollution and ship situation in the waters, as well as create digital terrain models (the well-known SRTM DTM is based on the processing of Radar data).

The tasks of radar survey are expanding every year. Innovative radar processing allows you to open up more and more new areas of use of radar shooting:

Radar images at any time of the day and at any time weather (microwave radiation passes freely through clouds and does not require daylight, like visible and infrared images):

Innovative processing allows you to discover more and more new areas, for example:

The cost of execution is calculated on an individual basis, taking into account a specific of task.

After receiving the task description, we calculate the cost and send you a commercial offer.

* working days
** from the date of receipt of 100% advance payment
The terms of work performance depend on the total shooting area, the number of processed images and are calculated individually for each customer.

How to place an order:

STEP #1: Leave a request on the site indicating:

STEP #3: We conclude a contract and get to work:

Fill the form and we will contact you within 15 minutes

Stage # 0 (BEFORE signing the Contract):

Stage # 1 (BEFORE signing the contract):

Stage # 2 (execution of the Contract):

RESULT: The results of the work performed are sent to the customer in electronic form in formats previously agreed with him in accordance with the Terms of Reference

The result of the provision of services

Creation of the final product based on the materials of Radar survey:

GEO INNOTER transfers to the Customer, who has requested satellite imagery materials, the finished product according to the Terms of Reference on electronic media or via the Internet via FTP server.

Exact coordinates of the region of interest, requirements for satellite imagery materials (resolution on the ground, type of survey, survey period).

If it is not possible to provide the specified information, provide information for what purposes it is planned to use remote sensing materials, and the specialists of GEO INNOTER LLC will analyze the requirements and offer the best solution to the problem. 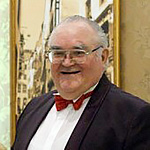 The material was checked by an expert
Lavrov Viktor Nikolaevich

What information is required to get started?

The timing of the work depends on the area of the territory, the requirements for the shooting parameters. Minimum turnaround time is 5 working days.

How is payment made?
100% advance payment on the invoice for remote sensing materials after signing the contract, the rest payment after the work is completed.
How is radar imaging processed?
Radar processing is a rather difficult task, because the radar image has an image that is unusual for the human eye in its raw form. For radar processing, specialized software products are used, and specialists must have the proper experience in creating secondary products of radar satellite imagery. However, despite this, the advantages of radar make the use of radar imaging very popular.

What are the degrees of radar data processing?

We guarantee 100% quality of services. Cooperating with GEO Innoter specialists, you eliminate risks and losses!

Advantages of cooperation with GEO INNOTER